Shown here are photos of St Josephs primary school which had 110mm of Sto external insulation fitted. A 6mm tinted white finish render was used to replicate a dashing effect with grey tinted band and window reveals. The window reveals on this project were a tricky detail and one that is not seen often on externally insulated render systems. 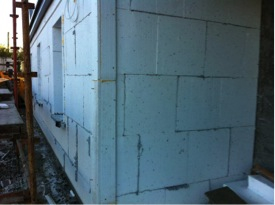 There were numerous windows on this school and all details had to kept sharp. The projection was to be 20mm on each window. 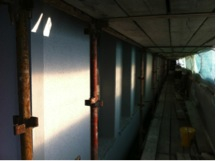 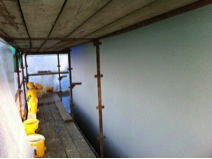 The greatest challenge was the weather, there was a little frost at night and daytime temperatures were often low. We had the scaffolding completely covered in which provided protection from the elements and when the heaters were running, it was quite cosy.

Details at corner here show the facia and soffit and also the band. 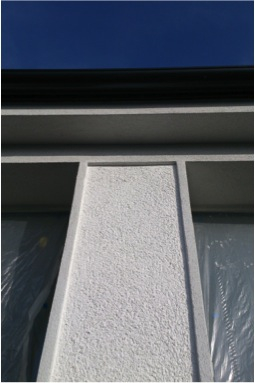 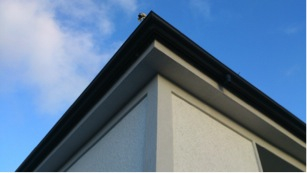 Panel between windows is in 6mm white textured render with 1.5mm tinted grey reveals and band above. 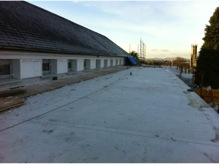 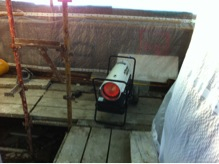 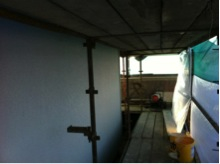 The front of the building faced north and never saw the sun during the day. With the heaters running beneath the canopy the temperature was kept well above the required 5 degrees needed for these acrylic renders.

Perhaps the most difficult part of this project was to externally insulate the old concrete facia and soffit, this was not only a huge cold bridge but, was in very poor condition and not running true. 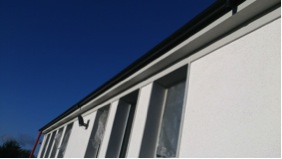 We specialise in low energy retrofits which covers everything from window and door replacements. It also includes airtightness and insulation upgrades, both internally and externally with STO.

Contact us for a free quote by phone or email.